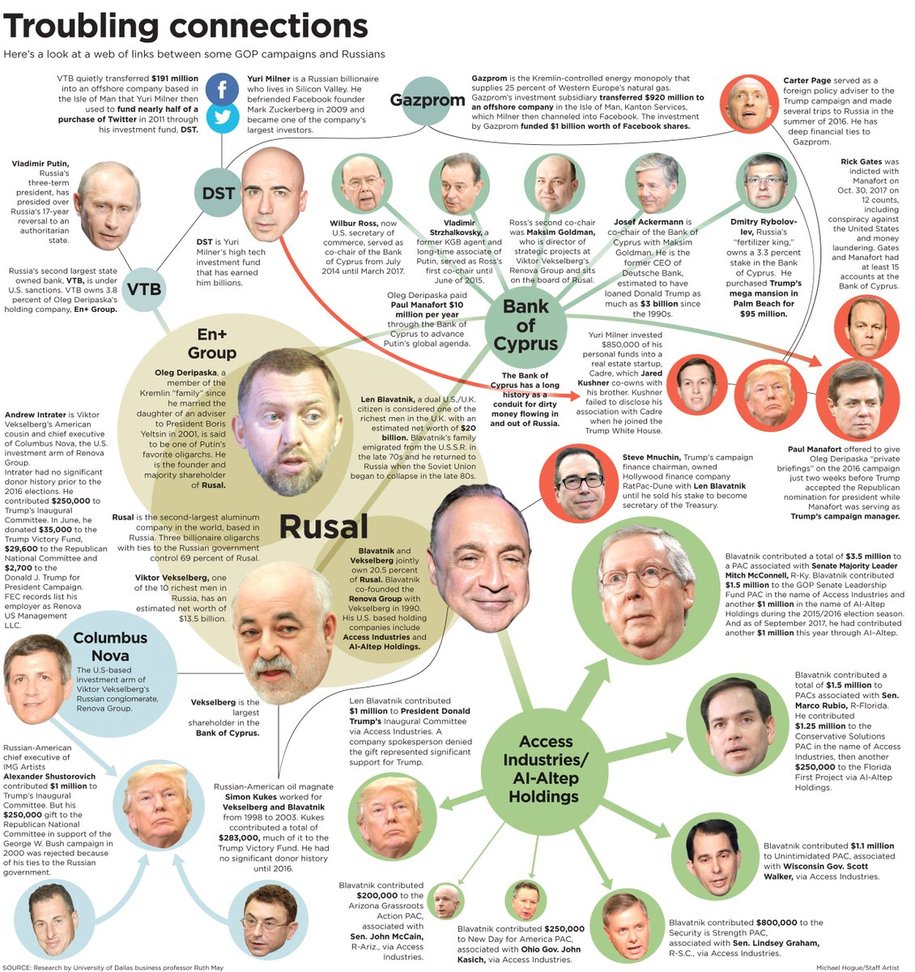 Another smoking gun. But will that stop Russia/GOP from stealing the next election, as they did in 2016? Doesn’t look like they will be stopped:

The FBI has received Spanish wiretaps from an investigation of Russian money laundering through NRA that implicates Donald Trump Jr. Then there’s the money that GOP leadership received including the transfers made during the GOP convention.